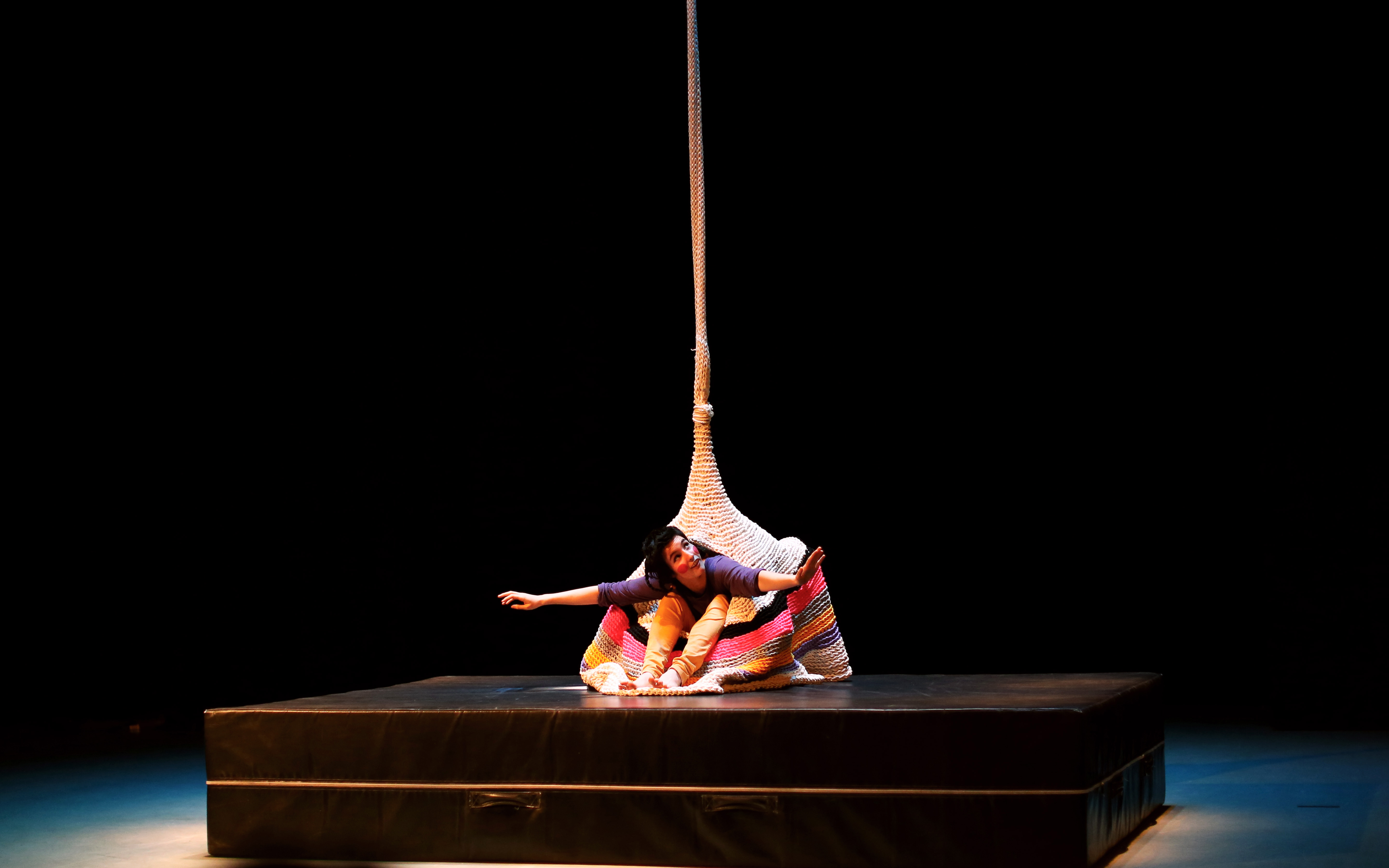 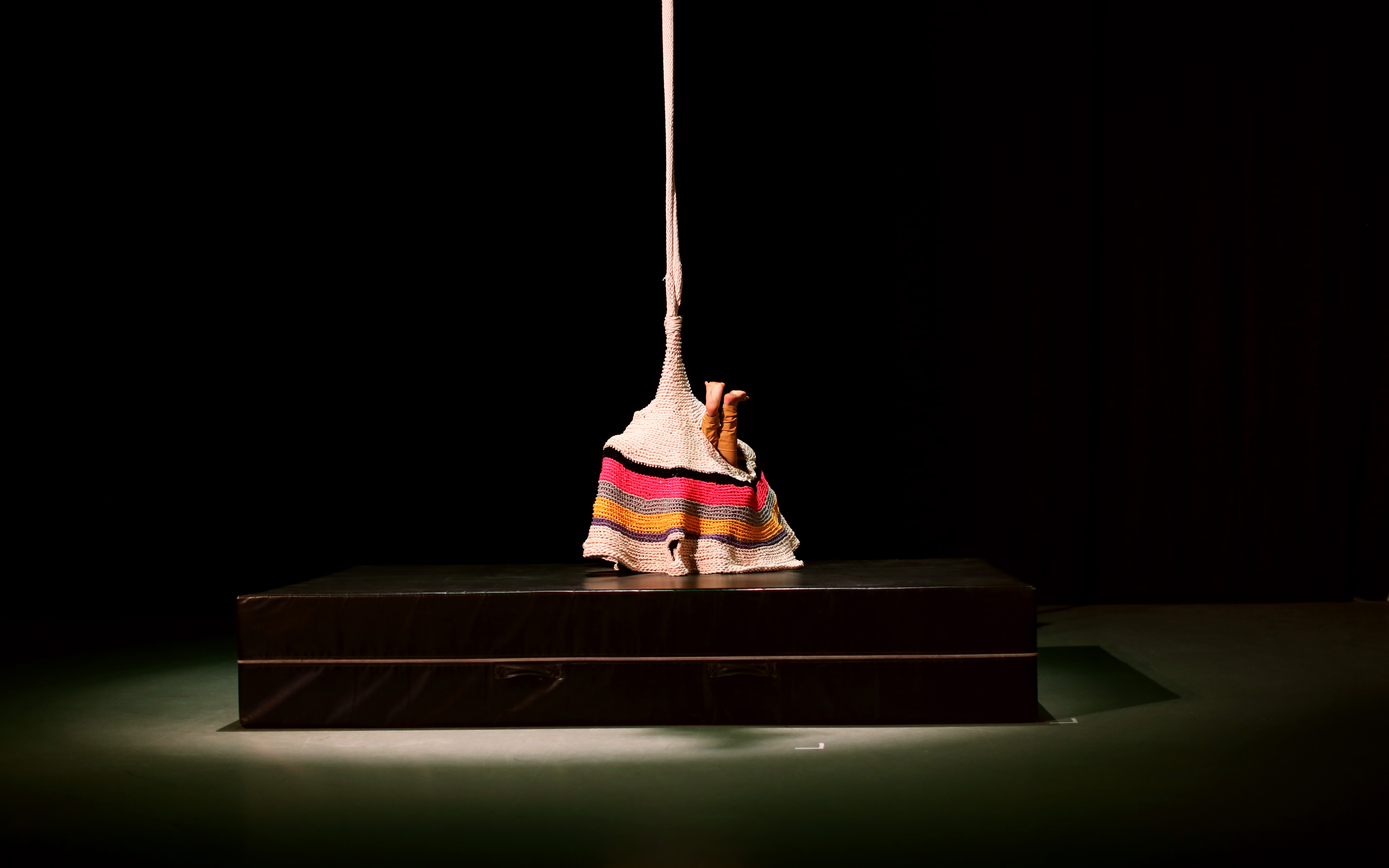 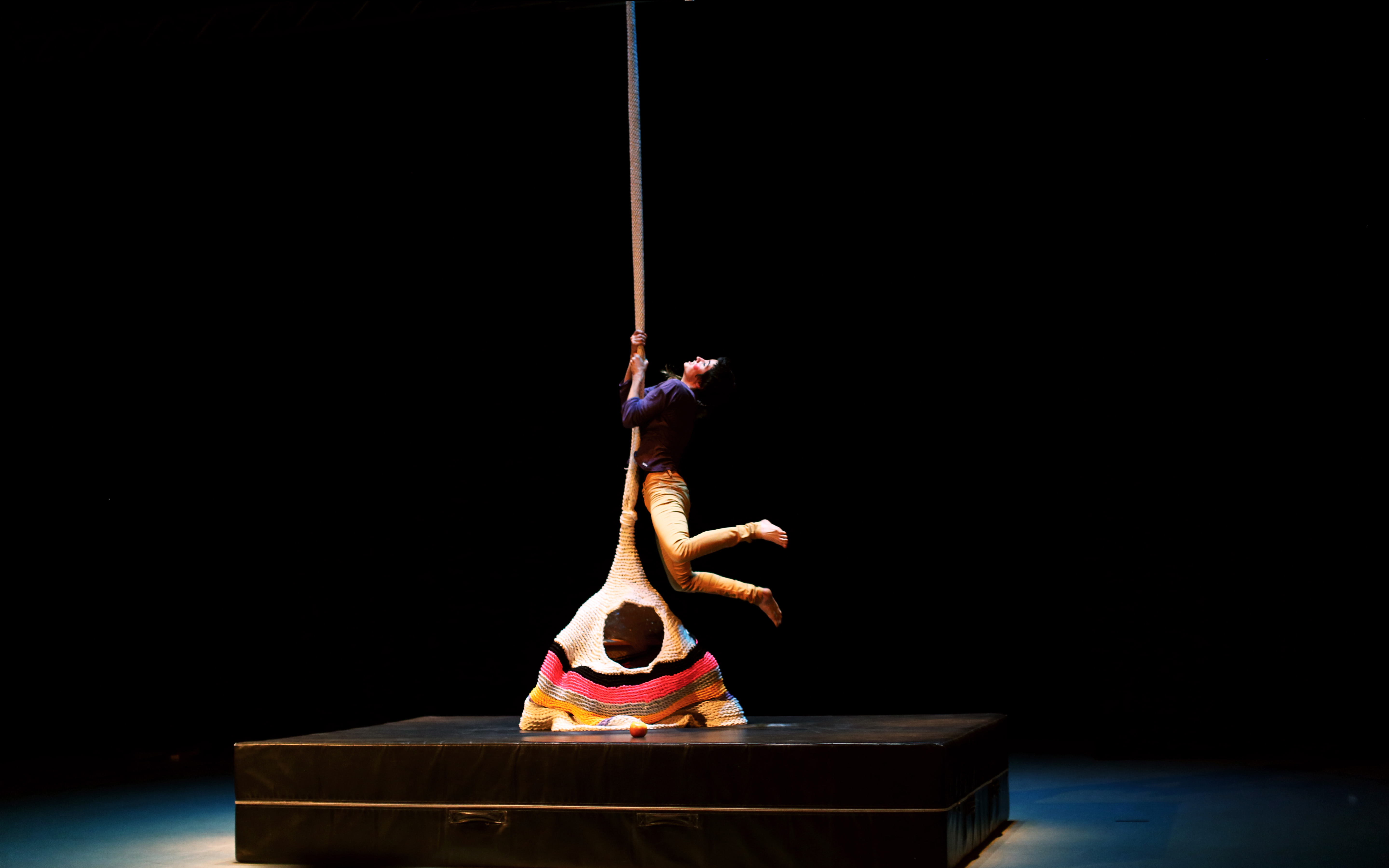 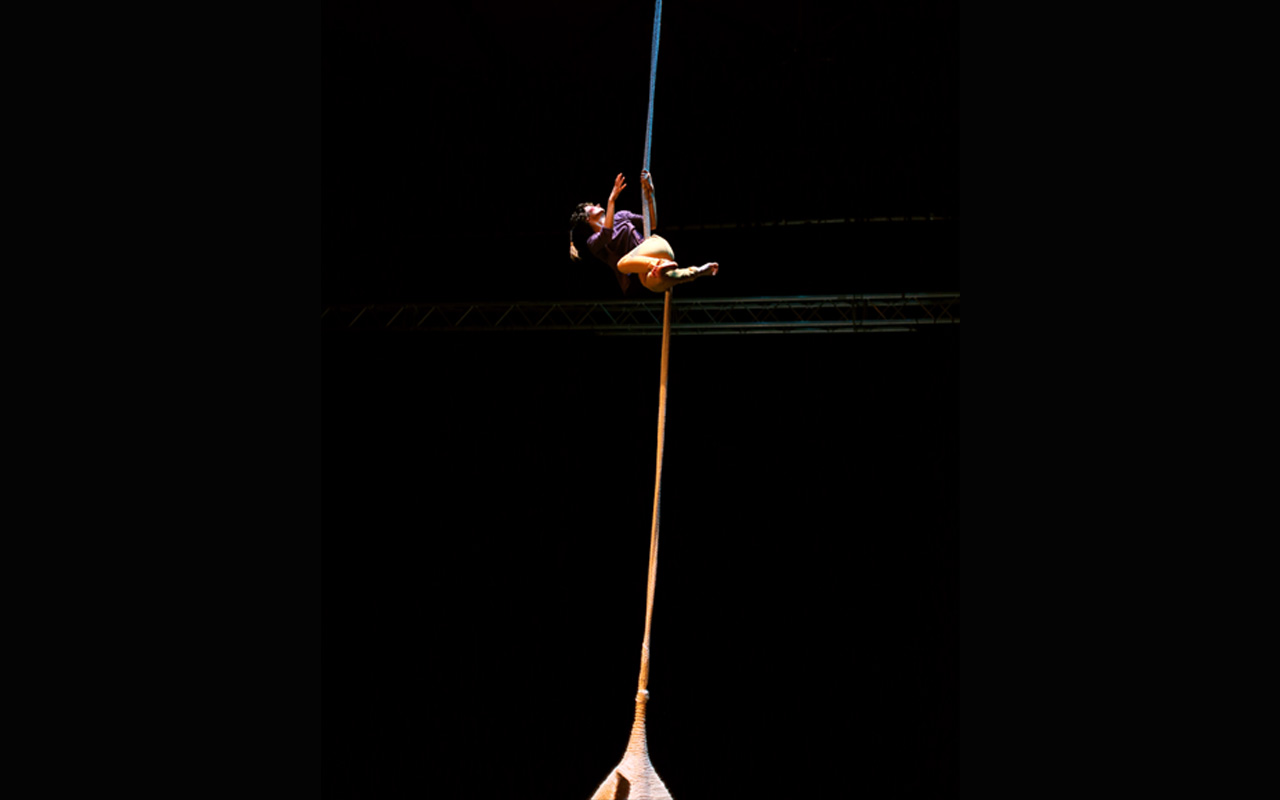 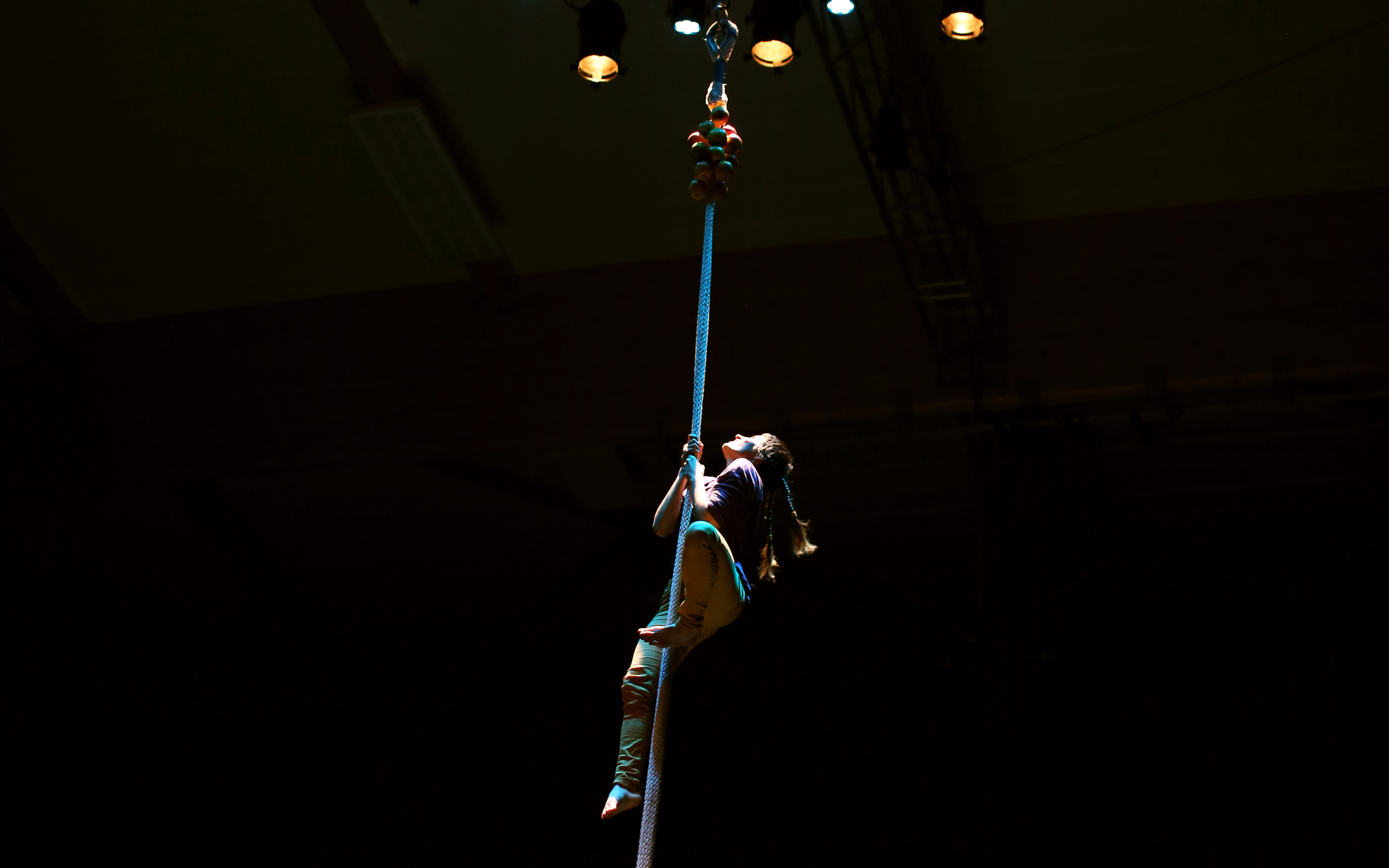 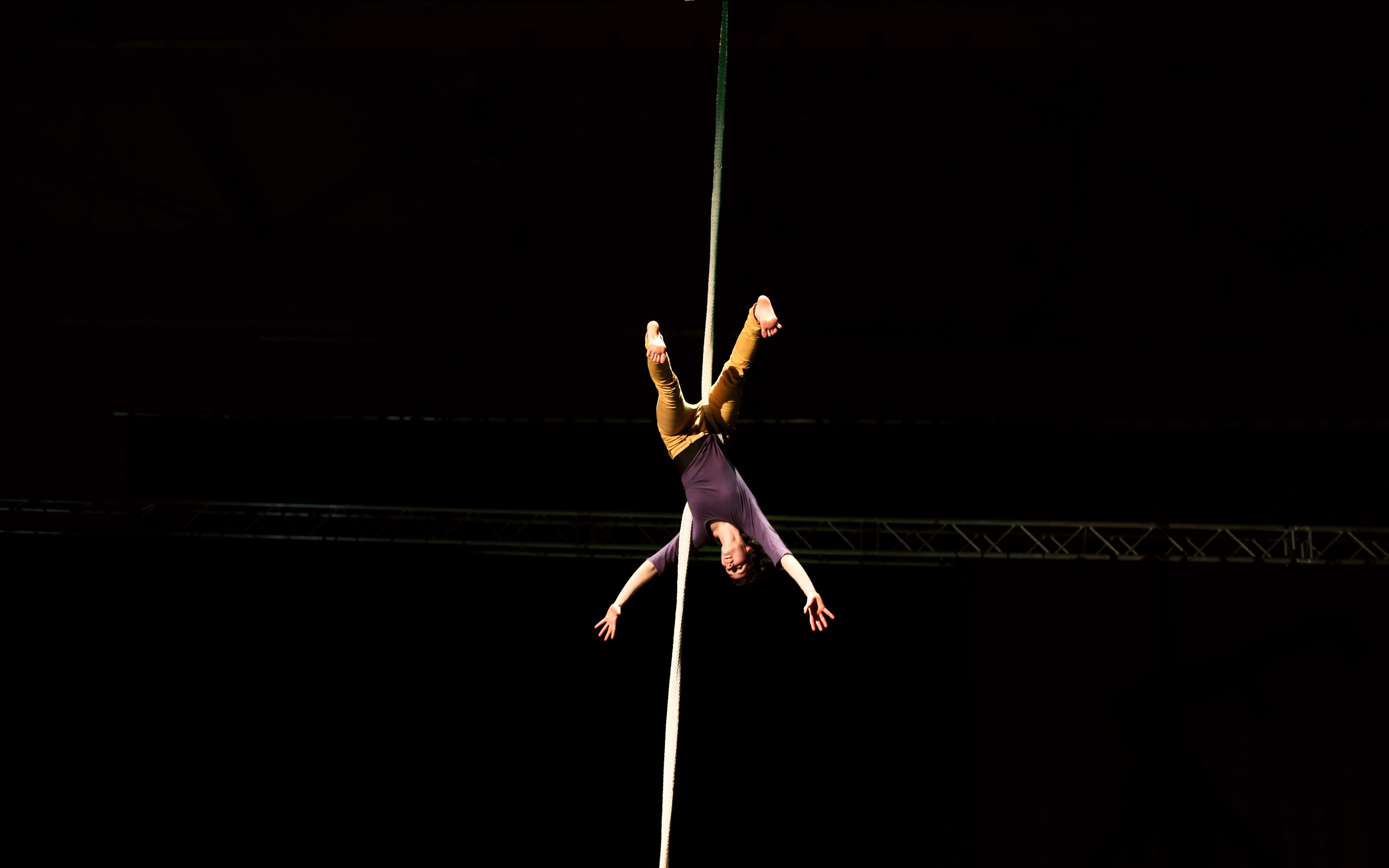 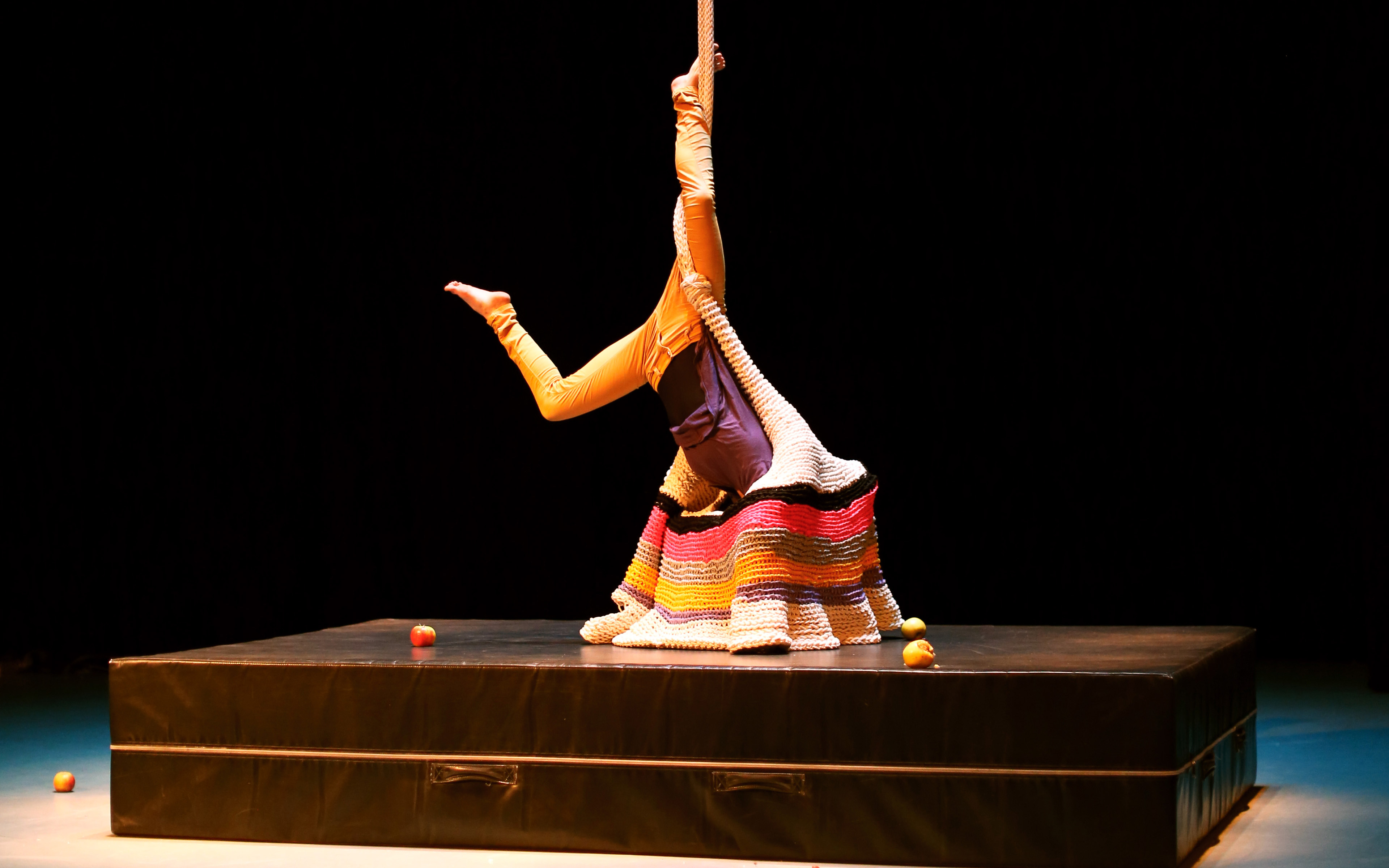 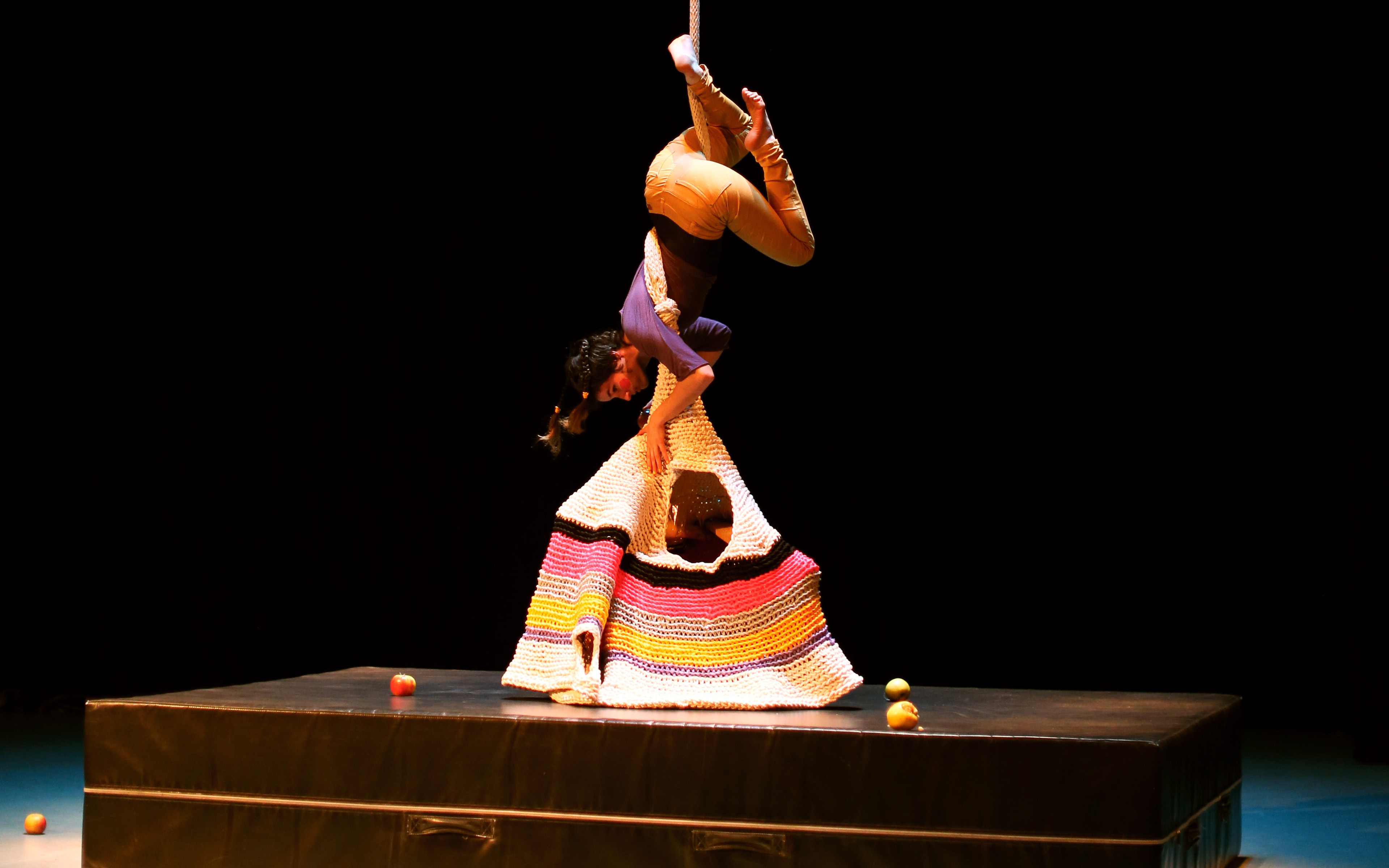 Ready for winter is my second Personal Project of my First Year in the circus school of ACaPA, Netherlands. It is inspired by Ice Age the film, playing like the animal who tryies to take all the nuts and keep them until the winter. The rope, HideHome is self-made, knitted by me on propose for this act, where there are few holes to go in/out like animals do with trees.